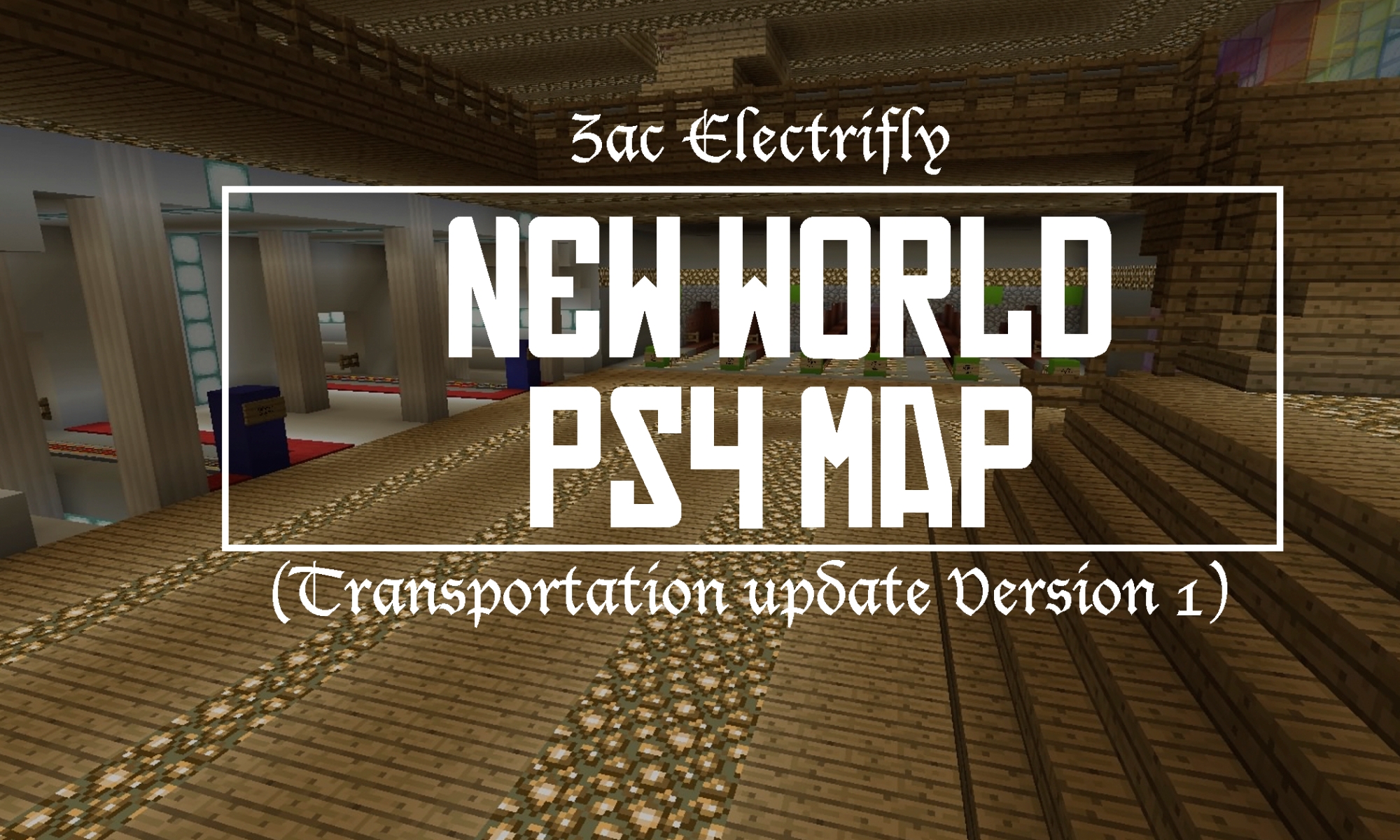 Its been four months since my last update. So much and yet so little has happened on this world in that time frame. I have been working on the transportation of the world since I released the last update. I have been making a centralized railway throughout the world. This railway will connect every country in the world and every territory in the Royal Kingdom. The purpose of this is so that anyone can get from one spot to another on the map more easily. This could improve things like trade, building, and job outsourcing.

The plan for the main railway is that it will have a centralized location to be the main starting point that all of the railways in the world will lead too. The location I chose for this was Pier One. To do this I have started to build Pier One station underneath Pier One. I have already built the railway to Matthews country. This railway is direct and has no stops. I have also built railways to Josh’s territory. The railways to Josh’s territory are different than any others that will be built in the station. Currently they all go to the newly remodeled Suction Cup Man (SCM) station. There is plans in place to have these railways connect to different major areas in Josh’s territory. The next railway to open in Pier One station will be to Sealand.

The central convention center was being built during the last update but was not completed until after the update was released. This building is one of only a few that are specifically built for 3v3 and 1v1 Deathmatch. It is set up into two buildings. One that holds the main arena and the other holds other event venues. All three venues in the building can host Deathmatch, archery and, other events. The reason for its building was to build a small Deathmatch and archery venue in the central kingdom that could also host other events.

The Pier One cart and rail factory was one of the last things I built for this update. It was built so that there would be a factory in which all of the railways were built. More factories like this will be coming in future updates. This factory was needed because of lore. In the lore of this world Pier One, was commissioned by the Royal Kingdom and eventually other governments to build railways in their countries. These railways then needed to be replaced. By the time they needed to be replaced most countries had government agencies to take care of the railways. So together these agencies thought it would be best for every country to work together to build what is now being built.  However, none of these agencies are big enough to build the entire railway on their own. They then decided to contract out eighty-five percent of the building railways to private companies. Pier One was able to get a contract that allowed them to build ninety-five percent of the privately contracted railways. That is why this factory was built.

A lot is planned to be built in the central kingdom. This includes mostly towers. One thing that will be built that is not a tower is the national zoo. This zoo is still in the early stages of planning but what should be built is a half zoo half aquarium. The only other major thing currently planned for the central kingdom is the replacement of all of the railways with an underground subway. The central station for this subway will be underneath the Grand Tower. This will also be the central kingdom stop for the world railway.

What is being built in Sealand is probably the largest thing being built outside of the world railway. What it will be is a train station surrounded by towers and other buildings Sealand needs to see growth on top of a pillar. The inside of the pillar will eventually be hollowed out and all of Sealands major industry will be inside of it.

Mine CO. Park upgrades are also something that is currently being worked on. The upgrades are designed so that the stadium can replace Western Towers Boating Park B. The reason Western Towers Boating Park B needs to be replaced is that it will be demolished before the next update. It is being demolished so that the future Pier One headquarters can be built there along with an industrial park. Plans for this have been in place since the last update.

That’s it for this update. In the next update, I hope to have the world railway complete, the central subway complete, and what is being built in Sealand complete. I will have everything else that I am currently working on complete. This world has been up online for a year. I’m happy with what I have accomplished with this world so far. I hope that 2019 will be an amazing year for this world. You can download this world here. Don’t forget to follow me on all social media for updates to this word and everything that I will be doing in 2019.